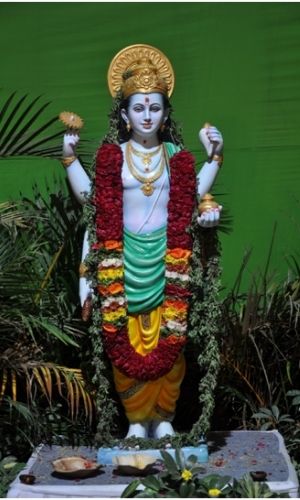 The word "Ayurveda" means knowledge of life and longevity. The central theoretical ideas of Ayurveda are considered to be developed approx 5000 years ago. In Ayurveda, Balance is emphasized, and suppressing natural urges is considered unhealthy and claimed to lead to illness. In a nutshell, what differentiates Ayurveda from other medical science is that it not only focuses upon quality of life but longevity as well.

Ayurvedic practitioners consider physical existence, mental existence, and personality as their own unique units, with each element influencing the others. This is a holistic approach employed during diagnosis & therapy and is a fundamental aspect of Ayurveda.

According to Ayurveda, each entity is unique, a combination of physical, mental, & emotional characteristics, which is his or her constitution. Multiple factors, both internal and external, can affect this constitution. Examples of these stresses are emotional state, diet, day-to-day food choices, seasons & weather, physical injury, job, family relationships etc. Once we grasp that these factors can cause an imbalances in our constitutions, we have a choice to take appropriate actions to counterbalance or minimize their effects or eliminate the cause. Balance is the natural order which is imbalance is disorder. Health is order & disease is disorder. Within the body, there is a constant interaction between order & disorder. Once one understands the nature and physiology of illness, one can re-establish Health.

In India, research in Ayurveda is undertaken by the Ministry of AYUSH, this is abbreviation for the Department of Ayurveda, Yoga, and Naturopathy, Unani, Siddha, and Homoeopathy, through a national network of research institutes.

Ayurveda flourished throughout the Indian Middle Ages. The medical works of both Sushruta and Charaka were also translated into the Chinese language in the 5th century. During the 8th century, they were translated into the Arabic and Persian languages. The 9th century Persian physician Muhammad ibn Zakariya al-Razi was familiar with the Ayurvedic text. The Arabic work derived from the Ayurvedic text eventually also reached Europe in the 12th century. In Italy, the Branca family of Sicily and GaspareTagliacozziwere influenced hugely by the Arabic translation of the Sushruta's surgical techniques. British physicians traveled to India to observe rhinoplasty being performed using Indian methods, and reports on their rhinoplasty methods were published in 1794. Instruments described in the Sushruta Samhita were further modified in the Europe. Joseph Constantine Carpue studied plastic surgery methods in India for 20 years. In 1815, he performed the first significant rhinoplasty surgery in the western world, using the "Indian" way of nose re-construction. In 1840 Brett published an article about this technique.

During the British colonial rule in India, the practice of Ayurveda was not adopted by the British Indian Government, which was in favor of modern medicine. After Indian independence, there was more focus on Ayurveda and other traditional medical systems. Ayurveda became a part of the Indian National health care system, with state hospitals for Ayurveda established across the country. However, the treatments of traditional medicines were not always integrated with others. 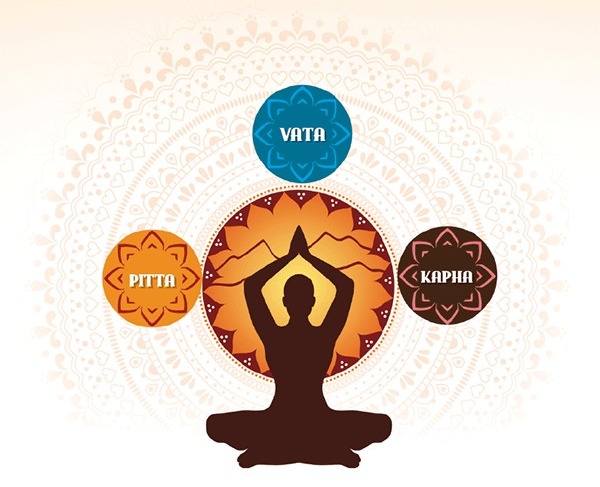 Like the medicine of classical antiquity, Ayurveda has historically divided bodily substances into five classical elements, viz. earth, water, fire, air, and ether. There are also twenty gunas (qualities or characteristics) that are considered inherent in all matter. These are organized in ten pairs: heavy/light, cold/hot, unctuous/dry, dull/sharp, stable/mobile, soft/hard, non-slimy/slimy, smooth/coarse, minute/gross, and viscous/liquid.

The three-elemental bodily humors, the dosha or tridosha, are:

Each dosha has attributes and roles within the body and mind; the natural predominance of one or more doshas thus explains a person's physical constitution and personality. Ayurvedic tradition holds that imbalance among the bodily and mental doshas is a major etiologic component of the disease. One Ayurvedic view is that the doshas are balanced when they are equal to each other. Another theory is that each human possesses a unique combination of the doshas, which define this person's temperament and characteristics. In either case, it says that each person should modulate their behavior or environment to increase or decrease the doshas and maintain their natural state.

Ayurveda practitioners must determine an individual's bodily and mental dosha makeup. For example, a thin, shy, excitable person with a pronounced Adam's apple and enjoys esoteric knowledge is likely Vata Prakriti and, therefore, more susceptible to flatulence, stuttering, and rheumatism.

The concept has no equivalent in traditional medicine. In medieval taxonomies of the Sanskrit knowledge systems, Ayurveda is assigned a subsidiary Veda (upaveda). Some medicinal plant names from the Atharvaveda and other Vedas can be found in subsequent Ayurveda literature.

The concept has no equivalent in traditional medicine. In medieval taxonomies of the Sanskrit knowledge systems, Ayurveda is assigned a subsidiary Veda (upaveda). Some medicinal plant names from the Atharvaveda and other Vedas can be found in subsequent Ayurveda literature. 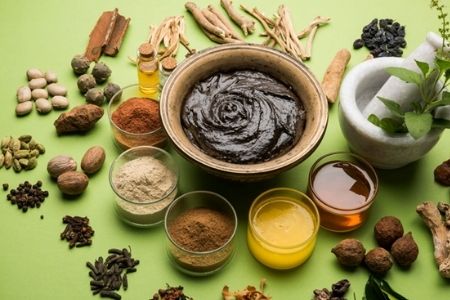 In Ayurveda, every formula is prepared using the principle of sanyoga, the ancient precise science of combining herbs. Samyoga includes the code of using the entirety of intelligence available in a plant, not just a partial value captured in an isolated ingredient. This is a significant difference between an authentic, traditional Ayurveda formula and the modern medical model. In addition, Ayurveda uses the whole plant, which helps avoid adverse side effects and ensures maximum effectiveness. A whole that is more powerful than the sum of its parts.

Each formula is a precise combination of herbs carefully selected and combined with strengthening the procedure in different meaningful ways.Primary herbs target a specific area of Health, such as energy or the mind.Supporting herbs enhance the action of the primary herbs and reinforce their healing action.Bioavailability herbs help your body assimilate and use the nutrients.

Herbal "co-factors" remove impurities and the effects of less-than-perfect digestion from your body.Balancing herbs cancel out any potential discomforts or side effects that can come with the benefits of a particular herb.

The process of Sanyong has following steps

Herbs used in these formulas are harvested at maximum freshness and vitality. This science of harvesting allows to standardize herb potency at its natural maximum without the use of chemical additives.

Herbs naturally vary in potency with seasons, cycles of the moon and even by the time of day. Ayurveda follows these ancient traditional harvesting and processing techniques to a natural standardization of potency.

After the herbs are harvested, they undergo inspection by experts in the ayurvedic science of identification and use of healing plants. This takes great attention and expertise to correctly identify herbs, and each batch is then sorted for quality. It's not unusual for over half of a crop to be rejected, because ayurvedic standards for maturity, purity and potency are so stringent.

After harvesting traditional methods of extraction and processing are performed. Different ingredients and components are added to a formulation at the specific times & temperature detailed in the text to maintain the integrity and authenticity of the final formulation.

For information on the coronavirus, please visit the World Health Organization website: https://www.who.int/news- room/q-a-detail/q-a-coronaviruses
For information on the coronavirus, please visit the World Health Organization website: https://www.who.int/news- room/q-a-detail/q-a-coronaviruses
Public health officials and partners are working hard to identify the source of COVID-19. Coronaviruses are a large family of viruses, some causing illness in people and others that circulate among animals, including camels, cats and bats. Analysis of the genetic tree of this virus is ongoing to know the specific source of the virus. More information about the source and spread of COVID-19 is available on the 2019-nCoV Situation Summary: Source and Spread of the Virus.
This virus probably originally emerged from an animal source but now seems to be spreading from person-to-person. It is important to note that person-to-person spread can happen on a continuum. At this time, it’s unclear how easily or sustainably this virus is spreading between people. Learn what is known about the spread of newly emerged coronaviruses here.
Current symptoms reported for patients with COVID-19 have included mild to severe respiratory illness with fever, cough, and difficulty breathing. Read about COVID-19 symptoms here.
Currently, no vaccine exists that can prevent a coronavirus infection (such as COVID-19) in someone who has been exposed to it. The most effective way of staying safe from the infection is to avoid being exposed to the virus entirely. Based on the behaviour of respiratory viruses in general, the WHO has outlined everyday activities to steer clear of an infection:

The information contained in this website is for general information purposes only. The information is provided by www.MedwinPharmatech.com, a property of Medwin Pharmatech. While we endeavour to keep the information up to date and correct, we make no representations or warranties of any kind, express or implied, about the completeness, accuracy, reliability, suitability or availability with respect to the website or the information, products, services, or related graphics contained on the website for any purpose. Any reliance you place on such information is therefore strictly at your own risk.
In no event will we be liable for any loss or damage including without limitation, indirect or consequential loss or damage, or any loss or damage whatsoever arising from loss of data or profits arising out of, or in connection with, the use of this website.
Through this website you are able to link to other websites which are not under the control of Medwin Pharmatech. We have no control over the nature, content and availability of those sites. The inclusion of any links does not necessarily imply a recommendation or endorse the views expressed within them.
Every effort is made to keep the website up and running smoothly. However, Medwin Pharmatech takes no responsibility for, and will not be liable for, the website being temporarily unavailable due to technical issues beyond our control.

In accordance with Information Technology Act 2000 and rules made there under, the name and contact details of the Grievance Officer are provided below:

Mr. Nishant Agrawal
42, SK - 1 Compound, Lasudia Mori, Dewas Naka, Indore (M.P.) - 452010
Phone: +91-98930-22816 Email: [email protected]
If you have any questions about this Policy or other privacy concerns, you can also email us at [email protected]
This Privacy Policy was last updated on 02.05.2019. From time to time we may change our privacy practices. We will notify you of any material changes to this policy as required by law. We will also post an updated copy on our website. Please check our site periodically for updates.
If you choose to visit the website, your visit and any dispute over privacy is subject to Indore jurisdiction & this Policy and the website's terms of use. In addition to the foregoing, any disputes arising under this Policy shall be governed by the laws of India.